Ridgetop Group has been delivering pioneering products, tools, and services for the semiconductor industry since its inception. Our offerings can be characterized as supporting Functionality, Yield, and Reliability, and providing Engineering services. Together they are what we call Semiconductor FYRE™. 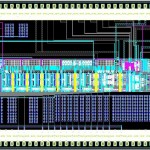 Ridgetop has developed many intellectual property (IP) blocks, implemented on different processes including TSMC, ON Semiconductor, IBM (now GlobalFoundries), and X-Fab. Our analog/mixed-signal (AMS) designs include ultra-low-power and ultra-high performance data converters, high efficiency power converters, and innovative battery/fuel-cell management circuits, as well as many of the sub-blocks that these circuits are built from. Some of our IP cores are radiation-hardened by design (RHBD) and/or by process (RHBP). Collectively these IP blocks comprise our InstaCell™ library. 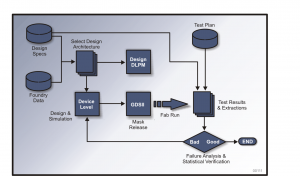 Since its founding in 2000, Ridgetop has pioneered the design and introduction of sophisticated die-level test structures. These test structures are precisely calibrated for specific foundry processes.

Ridgetop’s nanoDFM™ technologies apply advanced and patented in situ test structures and iterative improvements. By providing performance metrics and electrical testing, useful lifetime is increased and yields improved. To do this, the most sensitive circuits must be identified as well as the mechanisms likely to have negative effects.

Ridgetop’s YieldMaxx™ tool provides visualization of the patented PDKChek™ die-level mismatch structures, so that you can easily identify and track:

Reliability: In Situ Monitoring and Device- and Chip-Level Measurements

Ridgetop’s Sentinel Silicon™ library includes precision measurement structures for monitoring the health of ICs that are deployed in their end application. These in situ “canary cells” can provide warning of damage and impending wear-out due to intrinsic, process-dependent factors or from external (radiation) effects. The Sentinel Silicon library includes cells for: 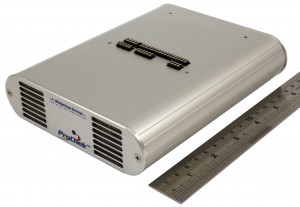 Ridgetop has also developed ProChek™, a compact system for characterizing the reliability of semiconductor devices at the process level. ProChek is so powerful that it can replace a rack full of traditional test-and-measurement instruments while shortening the time and reducing the cost of the test procedures. Like Sentinel Silicon, it can measure NBTI (or PBTI), TDDB, and HCI, as well as electromigration and stress migration. It is used by semiconductor foundries to qualify new processes or monitor existing ones, and by fabless IC vendors and ASIC houses to extract vital performance and reliability parameters that may vary slightly from lot to lot or across different device geometries. ProChek also supports characterization of degradation due to radiation, including “combined effects” testing whereby different degradation effects can be considered simultaneously. ProChek can be used for wafer-level reliability (WLR) or package-level reliability applications with existing test structures, or you can develop a special purpose “test coupon” that can further accelerate the test process through arrays of devices and built-in heaters on the test chip. 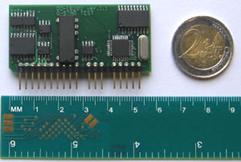 The Q-Star Test™ line of precision current measurement instruments has been adopted at IC manufacturers around the world for production test and for engineering applications including debug, quality assurance, failure analysis, qualification, and characterization. Q-Star instruments operate faster than traditional ATE or lab instrumentation, and provide more accurate and repeatable results. They support standardized test methodologies, including IDDQ/ISSQ and IDDT, and easily integrate into any test application.

Ridgetop uses industry-standard IC design tools, including a complete Cadence design flow as well as tools from Mentor, Silvaco and Tanner. We have designed AMS circuitry down to the 45 nm process node using different processes. Ridgetop can leverage the pre-designed and characterized IP blocks and sub-blocks in the InstaCell library that can be used to accelerate the time-to-market for your systems, or we can develop a full-custom design. Ridgetop develops both conventional and radiation-hardened circuitry.

Ridgetop also offers test and other support services, including device- and IC-level characterization using our own products (e.g., ProChek and Q-Star Test) as well as other tools. We offer training and support for the products and technologies we supply.

Ridgetop serves both commercial and government customers. For the DOD, Ridgetop has been certified as a Trusted Category 1A Supplier under the DOD’s Trusted Foundry program and has access to frequent shuttle runs. Ridgetop is fully acquainted with the demanding requirements from the DOD, NASA, DOE and their prime contractors. Our specialty is in the design of analog/mixed-signal circuitry that may also have some radiation-hard performance requirements. 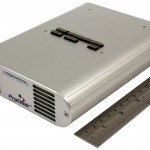 Why Finding Fault Is A Good Thing! 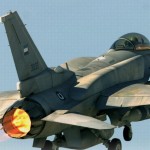 Ridgetop is developed NightHawk NFF Reduction Tool -- an advanced system for electronic fault detection for the U.S. Air Force. Read about this innovative program in the Air Force's own Launch Stories on-line newsletter. 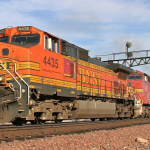 Part of the growing line of Sentinel Motion products for advanced diagnostics and prognostics, Ridgetop recently announced the RailSafe™ Integrity Analysis System to improve the safety and reliability of passenger and freight trains. Read more»