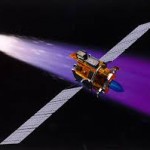 Radiation causes performance degradation of integrated circuits and modules through accelerated aging. The impact can cause leakage and threshold voltage shifts in ICs that can cause system failure. To mitigate these problems, Ridgetop offers design consultation services and products. These tools include satisfactorily addressing the following rad effects:

Examples of Ridgetop design services in the radiation hardened areas, include recommendations on rad-hard by shielding (RHBS), rad-hard by design (RHBD) methods, and rad hard by process (RHBP):

Ridgetop maintains a staff that is skilled in the evaluation of radiation on microelectronics and complex systems.