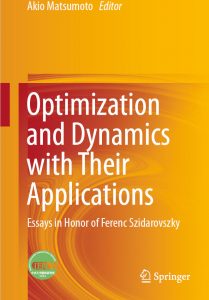 According to Doug Goodman, CEO of Ridgetop, “We are very fortunate to have such a World-Renowned Researcher and key contributor having the background and depth of knowledge in our field of advanced diagnostics and prognostics.  His technical leadership has helped Ridgetop expand its integrated vehicle health management (IVHM) tools to new government and commercial markets.”  Szidar was instrumental in developing special algorithms to support detection of “No Fault Found”, or NFF conditions on critical aircraft systems.

Dr Szidarovszky is presently working in the determination of “effective age” of electronic modules that may include a combination of new, old or aged components.  Effective age plays a major role in the determination of State-of-Health (SoH) and Remaining Useful Life (RUL) that can support Condition Based Maintenance (CBM+) programs on complex systems such as aircraft, autos and industrial equipment.  His paper, “A New Method to Estimate Expected Number of Failures for Allocating Spare Parts and Labor”, will be presented at IEEE Autotestcon September 14, 2017 in Schaumburg, Illinois. 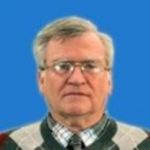 At Ridgetop, Dr. Szidarovszky was instrumental in the development of the NightHawk™ algorithm library that is being applied to reducing “No Fault Found” (NFF) instances. NightHawk has been successfully applied on a variety of ATE platforms including the Air Force’s VDATS tester, and custom ATE clusters used for other purposes.

Lately, Szidar has been focusing on developing new advanced algorithms and mathematically rigorous methods of handling subsystem assets with different aging or degradation profiles. This is a common situation found in aircraft, where subsystems are removed and replaced as wear and aging affect their performance.